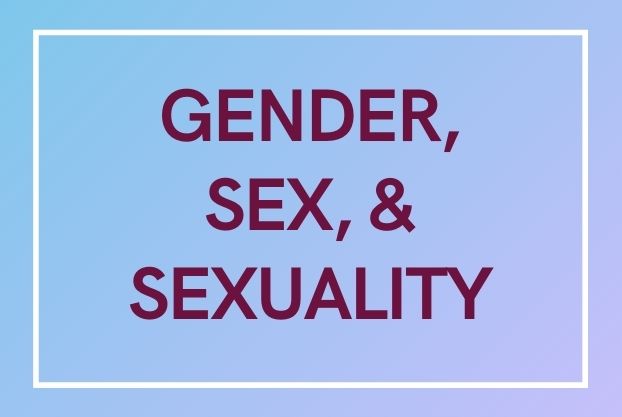 If asked about your gender, sex, and sexuality at this moment, what set of labels would you define yourself as? Your answer could be “I have a vagina, therefore, I’m a woman and I’m attracted to men, I wear dresses/skirts, I’m nurturing” or “I have a penis so I’m a man and I like women, I wear pants, I provide for others.” Now try to explain why you think that these traits necessarily categorize you as a man or a woman.

A majority of the population is brought up with the idea that sex and gender are one and the same i.e. female equals woman and male equals man, and that these dictate your sexuality as well. With changing perceptions, an increase in safe spaces, and evolving conversation, the binary system of classification has been argued against. More and more people feel comfortable owning up to their gender identities that don’t fall into the normative way of thinking. Sex and gender have never been more complex- and that’s a good thing.

Sex is the biological categorization we’re all placed into at birth. However, it isn’t only a biological identification but a societal one as well. Sex is labeled in accordance to genitalia and with that genitalia come a whole set of societal expectations. Those with vaginas are expected to conform to feminine ideals and those with penises to masculine. This binary system leaves out trans and intersex identities, pushing people into boxes that are not relevant on a day-to-day basis. It’s like saying that those with blue eyes are meant to serve and black eyes receive privilige- which in itself is a ridiculous expectation. Moreover, no one goes around checking if you have a penis or a vagina- the difference is just physical.

Gender is a matter of personal identity. Rather than the binary ideas of man and woman, there exists a whole spectrum of identities that range from feminine to masculine or don’t conform to any gender at all- like those that identify as non-binary. Some people could be genderfluid or even bigender. These labels allow for room to breathe when it comes to personal identity. The expression of these identities is called gender expression, wherein you can simply choose to wear and do as you want and it is an expression of the self rather than the expectation of an imposed label.

Sexuality- simply put- is who you might be attracted to. Sexuality also goes beyond the binary and is now seen as a spectrum in itself. You could be gay, bisexual, lesbian, pansexual, asexual, demisexual; there exist a whole plethora of labels for you to identify with. Sexuality can change as a result of your growth as well as the experiences you go through.

Why do we need to talk about Gender, Sex, and Sexuality?

We need to understand that the binary system of classification is defective. There are more than two genders, more than two sexes, and more than two sexualities. We need the tools to be able to address different kinds of genders, sexualities, bodies, and identities. Knowing the differences means acknowledging that not every one of these labels holds an equal standing in society. Non-normative identities are often marginalized, leading to a lack of representation as well as a lack of safe spaces. Another Light understands the need for self-expression and staying true to personal identity. We provide a safe space for conversations about gender, sex, and sexuality with the understanding that each journey of identity is different.