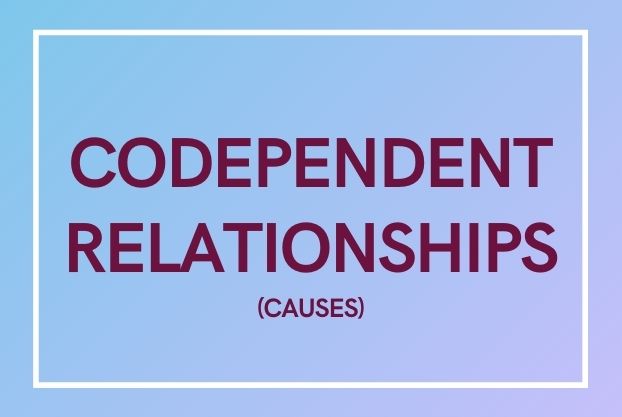 Codependency might stem from several different reasons. There is no hard and fast cause. Research, however, points to codependency developing in people who were emotionally abused or neglected in their teenage years. Codependency develops from their need to receive love by constantly putting others’ needs ahead of their own.

Instead of looking out for their own emotional health, these kids will do anything to please their difficult parents; this snowballs into a pattern of them bending over backwards in order to gain approval and affection from difficult people.

For those in a codependent relationship, they are often replaying a childhood pattern, filled with development gaps. Neglect or abuse will lead to the child having low self-esteem and shame; they often believe that their own needs can be overlooked in favor of everyone else’.

Often, a child’s needs are overlooked because one or more parents are unable to provide for them. A parent figure dealing with addiction, mental health issues, debilitating physical sickness etc. is unable to provide the emotional support and care a child needs. Often, these circumstances prompt a child to step up and fulfil the parental duties, despite it being beyond their developmental ability. For example, if a parent is unable to cook- maybe they’re too drunk, physically incapable etc.- the child will step up to make food just so that the family as a whole doesn’t go hungry. The child is responsible not only for themselves but for everyone else as well.

In families with more than one child, when the parental role is not filled, the elder child will often step up to take care and “parent” the younger siblings. Alternatively, parents themselves might lean on their children in some circumstances. For example, a parent going through abuse might seek support from their child. In this case, too, the child is forced to be “mature” and step up for others.

In essence, when the child’s needs are constantly put on the backburner and the only way to get any support is to cater to others’ needs from a very young age, a person is likely to become codependent. Since the “parent” role is far beyond their capacity, it takes up significant amounts of energy and focus. Rather than seeing their household structures collapse, they give up their needs to fulfil the role of a caregiver- a role they conflate with stability and control. They continue to look for affection in the only manner they have known so far.

Codependent behavior in the developmental stages might be necessary to survive. However, as an adult, it is detrimental to all their relationships. Another Light recognizes the signs of codependency and its effect on your ability to maintain a stable relationship. By confronting the causes for codependency, you can heal and build healthy relationships with people in your life today.